In this month's Plumbing News June article we include: Grafton gets the green deal, Plumber Of The Month goes to Stephen Edwards, Landlord gets 150 hours, Installer also gets 150 hours (Not related), Gas Engineer given 3 years jail sentence, our latest progress over the internet including new to our site . 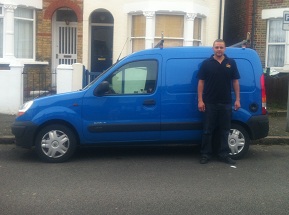 Grafton get the go ahead for The Green Deal Scheme which is to start in October 2012. Green Deal Providers will be offering energy efficiency packages which begins later this year.

Our Plumber of the month June goes to Stephen Edwards, Stephen Edwards as won Plumber Of The Month June 2012 due to the commitment he has put in to the business, his flexibility, work peformance, positive work attitude and many other positive aspects that Stephen Edwards has shown, thank you Stephen.

Expansion of our Business This month we have added about 20 towns in the Birmingham area. May has been found to be a quiet time of year for general plumbing jobs. June and July is predicted to be similar to May. We have started our Plumbing Reviews and up to now we thank our Plumbers starting with the most reviews to the least, but please take note that this is out of about 300 plus Plumbers - Martin Smith (5), Joe Dawkins (1), Michael Bennett (1), David Powell (1), Abdul Nasir (1), Micheal Reed (1) Dated Between April 30th and May 17th.

Gas Engineer is given 3 years in prison. Andrew Hartley of Radstock in Somerset was convicted of Manslaughter due to negligence where a young lady was found dead due to Carbon Monoxide Poisoning. The young lady Zoe Anderson was found dead in the shower room by her boyfriend at her father's house in Landsdown of Bath. At first it was thought by the police that Zoe had slipped and banged her head which was the cause of her death but it was later found that Zoe Anderson had CO Poisoning. The investigation found that My Hartley the Gas Engineer botch the flue to let out the poisening gases, Mr Andrew Hartley knew he hadnt fitted the flue correctly which meant he was working way below his normal standard and resulted in the death of a young lady Zoe Anderson. It was also noted that this was not intentional but due to the death by negligence the Gas Engineer had to pay for his actions and therefore was noted as being a no risk to anyone in the future. Miss Anderson died within 30 minutes of being exposed to the CO. Andrew Hartley admitted a charge of reaching Gas Safety Regulations under the Health and Safety at work act 1974.

Installer to do 150 hours unpaid work. Philip Birchmore, trading as PSB Plumbing and Heating was found guilty of doing illegal work which was capping off a gas supply and replacing a Gas Boiler without being registered with the Gas Safe Registered Governed Body.

Landlord gets 150 Hours. Onyemauche 'Fidelia Peel from Thamesmead in London was given 150 community service and ordered to pay £2,000 costs for failing to keep her tenant Gas Apliances safe and maintained. She broke 7 breaches of the Gas safe act 2008 (Installation and use).

Back to Plumbing News.