Our Emergency Plumbing Engineers Kingstanding are experienced and very reliable 365 days a year including Christmas and new years day.

Our Domestic or local Commercial Plumbing in Kingstanding are Christopher Wright and Lee Moss. 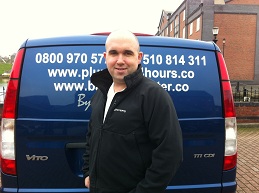 Please keep in mind when having a Gas Engineer in Kingstanding that he has his Gas Registration number as there is at least one every month that is operating illegally as shown in our monthly news above.

Kingstanding Plumber B44 which is located in Birmingham, the areas our engineers also cover for emergency Plumbers in Kingstanding. These are in alphabetical order, such as Boldmere, Old Oscott, New Oscott, Perry Bar, Perry Common Queslett and Upper Witton.

We take care of your domestic or commercial plumbing, for all bookings please call Martin Smith on 07720 247 247 or the office on 0800 970 5724. Most Kingstanding Plumbers take about 20 minutes but the minimum our Plumbing Engineers will charge you for is an hour.

We cover a wide range of Plumbing services in Kingstanding Birmingham where we came first for Recommended Plumbers Kingstanding. Just below we have a list of Engineers which we can Recommend to you.

Please feel free to visit our Plumbing Blog where we blog about our site. We include How to Plumbing for information on: Nail through Central Heating Pipe, Water coming through the ceiling, Hot Water Storage Systems, Leaking Radiators, Burst Pipes from the cold weather, Broken tap handles, Leaks from Stop Valves and broken Central Heating Pumps that need replacing amongst others by Martin Smith.

We also have Plumber Birmingham or search for a National Plumber or an Emergency Plumber.

We have a list of some Domestic or Commercial Plumbers within a mile of you who may have no connection to this site but may be of some use to you below:

Our Kingstanding Plumbers are on call 24 hours including Christmas Day and New Year.

Fast Response 24 hr Emergency Plumbers in Kingstanding are on call 365 days a year.

Birmingham Emergency Plumber Kingstanding bookings or Other Services please call Martin Smith direct on 07720247247 24hrs or call the office between 10am and 4pm on 08009705724.